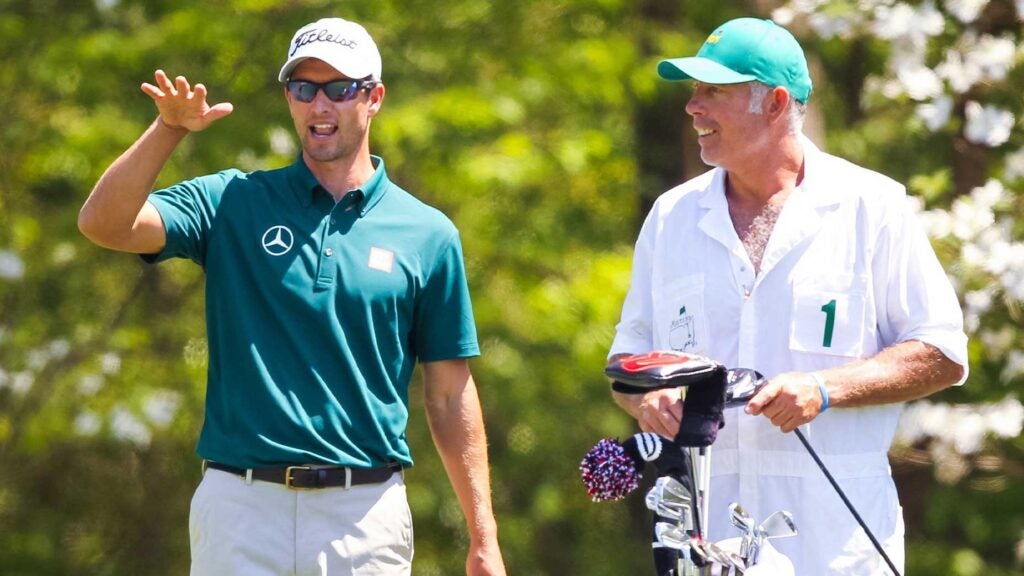 Stevie Williams is back on the bag for Adam Scott.

In football, there’s an old saying about quarterbacks: If you have two of them, you really have none. We’ll soon find out if the same mantra applies to caddies.

On Sunday evening, hall of fame caddie Stevie Williams announced he was coming out of retirement in order to rejoin forces with Adam Scott for a select few events in 2023. Under the supposed new agreement, Scott will take the unusual step of splitting caddying duties between Williams and his current caddie, Greg Harmon.

“For me it’s exciting to work again with Steve and see if we can rediscover the magic,” Scott told Golf Digest’s Evin Priest. “As a player, you experience different points in your career. Right now on the PGA Tour is a time of change, and I’m adjusting to it. Having Steve and Greg doing a job share is going to help me get everything I need and that’s to be fresh at the biggest events.”

Williams and Scott first worked together in the early 2010s, when the two Aussies combined to deliver five wins, including Scott’s only major championship, the 2013 Masters. The pair split in 2017, and Williams retired after 40 years and 14 major championships on the bag.

Before Scott, Williams spent more than a decade as one-half of one of the most prolific pairings in golf history, serving as Tiger Woods’ caddie throughout most of his prime playing years. Williams and Woods’ partnership resulted in 13 majors and dozens of PGA Tour victories, including millions in winnings for the man on the bag. Williams earned a reputation during that time for his sharply protective demeanor during events, resulting in a sometimes pernicious relationship with the public.

“My time with Tiger, it was such a whirlwind that I didn’t ever stop to smell the roses, really,” he told Priest recently.

“It’s the greatest week of my life caddying,” he said at the time. “And I sincerely mean that.”

Now, Williams returns from retirement in order to help Scott — whose game has lagged some in recent years — back to top form. The 42-year-old has not won on the PGA Tour since February 2020 and is coming off a season in which he logged five top-10s but finished no better than 14th at the major championships.

In returning to Scott’s bag, it would seem Williams is hoping he can coax his man to one final major championship — a number that would bring Williams’ career major total to 15, and Scott’s to an equally-important two.

“I’ve always said to Adam and to others, to be remembered as one of the great players, you have to win multiple majors,” Williams said. “The opportunity to try and get Adam major No. 2 and elevate himself to a special group of players in history, would be a privilege.”

James Colgan is an assistant editor at GOLF, contributing stories for the website and magazine. He writes the Hot Mic, GOLF’s weekly media column, and utilizes his broadcast experience across the brand’s social media and video platforms. A 2019 graduate of Syracuse University, James — and evidently, his golf game — is still defrosting from four years in the snow. Prior to joining GOLF, James was a caddie scholarship recipient (and astute looper) on Long Island, where he is from. He can be reached at james.colgan@golf.com.