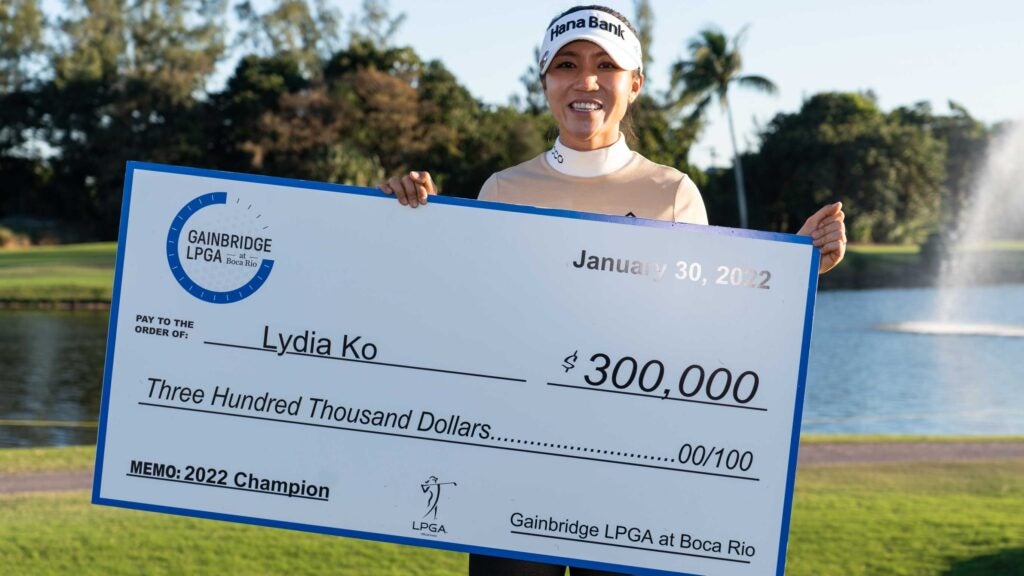 It’s been a good year for women’s golf — especially in terms of what’s been going into players’ pockets.

For 2022, the LPGA unveiled an ambitious 34-tournament schedule, with an impressive $85.7 million in prize money up for grabs. That was a new record for the country’s oldest professional women’s sports organization.

On Friday, the LPGA announced that the 2023 season schedule will feature 33 events and $101.4 million in prize money — nearly $16 million more than this year’s total.

“Because of our athletes, partners, volunteers and incredible fans, 2023 will be a banner year for the LPGA Tour,” LPGA commissioner Mollie Marcoux Samaan said in a press release. “The schedule features new events, elevated purses, unique formats and world-class golf courses. Our athletes are playing for more total prize money than any time in history, and we have over 500 hours of broadcast television. All those things combine to make the LPGA the leading women’s professional sports property in the world.”

The 2023 schedule will span 11 states and 12 countries. Highlights include stops at The Club at Carlton Woods, in The Woodlands, Texas, which will make its debut as host of the Chevron Championship (previously the ANA Invitational), the first women’s major of the year; and the KPMG Women’s PGA Championship, at Baltusrol, which will be played just one week before the U.S. Women’s Open at Pebble Beach. Those two majors boast a $9 million and $10 million purse, respectively.

The 2023 Solheim Cup will be played in September at Finca Cortesin, in Spain, and the week before the season-ending CME Championship. Annika Sorenstam will make her debut as the tournament host of the The Annika at Pelican GC, in Belleair, Fla.

“The LPGA Tour has never had better or more committed partners who see the commercial value in investing in women’s sports and who understand how their partnerships elevate women and girls on and off the golf course,” Marcoux Samaan said. “As the home to the world’s best female golfers, the LPGA provides a platform to inspire young girls and women to dream big.”