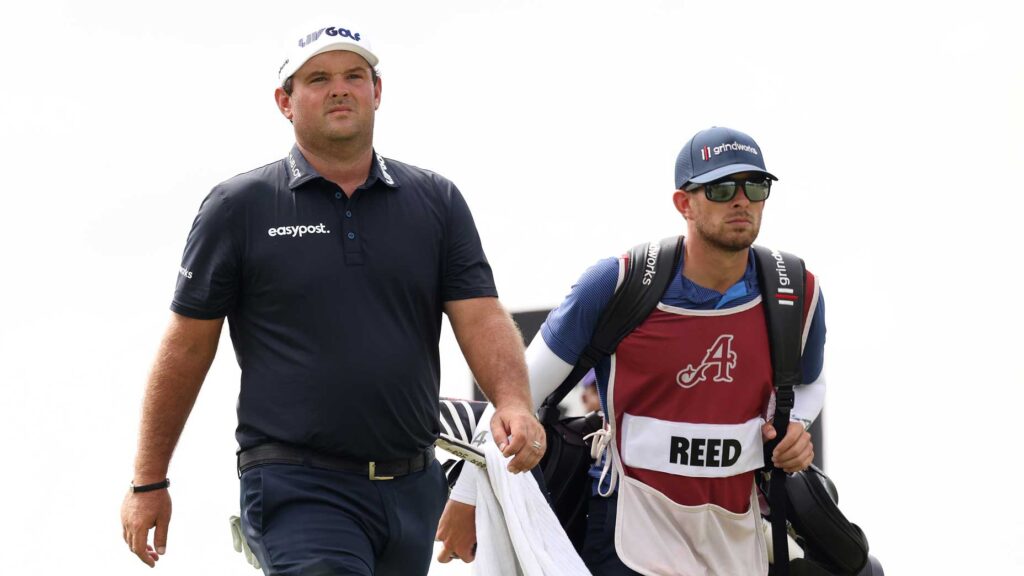 Patrick Reed and his caddie at a LIV Golf event this fall.

The lengthy complaint filed in a lawsuit by Patrick Reed against Brandel Chamblee, Golf Channel and several other golf media members has been dismissed by a district court judge in Jacksonville, Fla.

Reed’s legal team filed the original complaint against Chamblee and Golf Channel in the Southern District of Texas before refiling in the Middle District of Florida and adding Golf Channel employees Shane Bacon and Damon Hack, as well as Golfweek writer Eamon Lynch.

Judge Timothy J. Corrigan filed an order Friday stating that Reed’s complaint is a “shotgun pleading,” slang for a plea that lacks in enough clarity or organization for the defendant(s) to properly respond. In short, Judge Corrigan is ruling that Reed’s lawsuit requires serious amending before the judge and defendants can proceed.

“Reed alleges 120 factual allegations, then proceeds to incorporate all 120 allegations into each and every count,” the order reads. “Reed attempts to allege various defamation and civil conspiracy violations against each Defendant; causes of action which require vastly different factual allegations.”

Put plainly, Reed’s complaint is lengthy and includes many counts against the aforementioned media members, but lacks in specificity and clear organization for each allegation against each defendant.

Lastly, Judge Corrigan’s order points out that Reed’s complaint lacked in a “short and plain” statement — which all complaints must include — that shows he is entitled to relief. “Ninety-six pages and forty-two counts later,” Corrigan writes, “Reed’s complaint is neither short nor plain.”

So, what’s next? Reed and his attorney, Larry Klayman, must file an amended complaint in the next four weeks for the lawsuit to move forward. At that time, much of the litigation process starts anew, with any defendants allowed another four weeks to respond.

It has been a particularly litigious few months for Reed, who has filed a second lawsuit against media members Shane Ryan, Doug Ferguson and Gavin Newsham, as well as Fox Sports, the Associated Press, the New York Post and Hachette Book Group. That lawsuit also has been assigned to Judge Corrigan. If it is bound for a similar fate, we will not have to wait long to find out. Reed’s second suit was filed about five weeks after the first one.