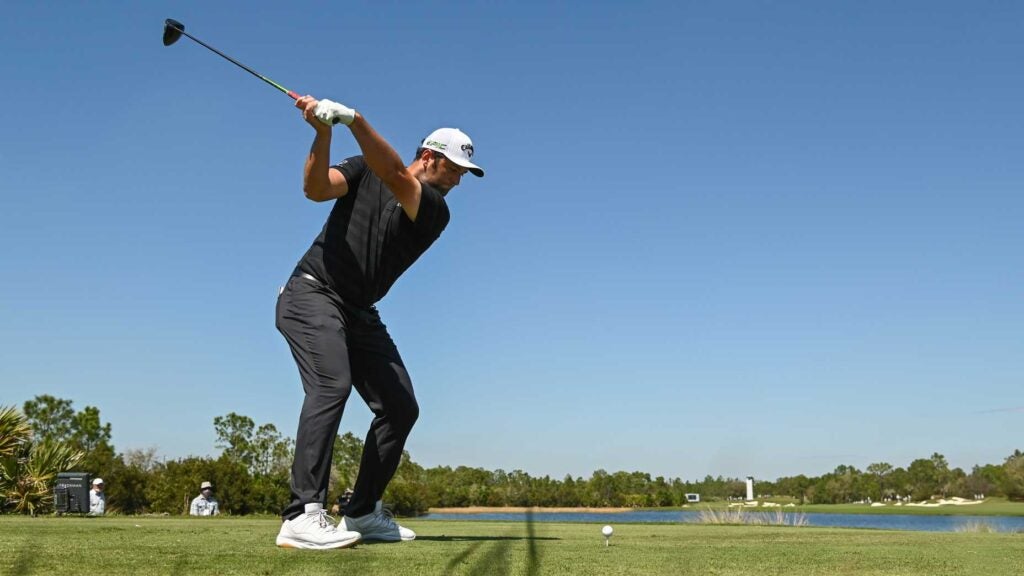 Golfers are often told that the backswing should be “low and slow,” but according to Top 100 Teacher Bernie Najar, that advice is overrated.

SCOTTSDALE, Ariz. — The takeaway is the foundation of any good golf swing, and conventional wisdom suggests that “low and slow” is the recipe for how to properly draw back the club.

But according to GOLF Top 100 Teacher Bernie Najar, that advice can be detrimental — especially for golfers who want to generate power.

“Taking the club back slow is overrated,” Najar said Monday from GOLF’s Top 100 Teacher Retreat. “You’ve heard it for years, but it’s probably the dumbest idea for most of the population if they want to hit it further.”

Generating more power in the swing requires more clubhead speed. And if you want to generate that speed, Najar said, you need to start with a quicker backswing.

“The longest hitters in the world have more clubhead speed in the backswing than you’d ever imagine,” Najar says. “The whole purpose of taking the club back is you’re building up potential energy to transfer to the club and to the ball. If I’m going really slow and careful, I’m not going to suddenly get explosive on the downswing.”

Take Jon Rahm. He has one of the quickest takeaways in the game, and he’s also one of the longest hitters. Matthew Fitzpatrick is another case study. As he’s added distance off the tee over the last several years, his backswing speed has increased as well.

You might be thinking that this opinion is misguided considering the success that slow-backswingers (think Hideki Matsuyama or Xander Schauffele) have on the PGA Tour. But while those backswings look slow, they are still building tremendous potential energy on their way to the top.

“[Matsuyama and Schauffele] have much more of a slow-moving action to watch, but their muscles are firing hard while they do it,” Najar said.

While “low and slow” might be a popular adage in golf, it can actually hurt you if you’re seeking more yards. If you want more speed, it starts on the backswing.