This is one of golf’s biggest challenges, according to Tom Brady 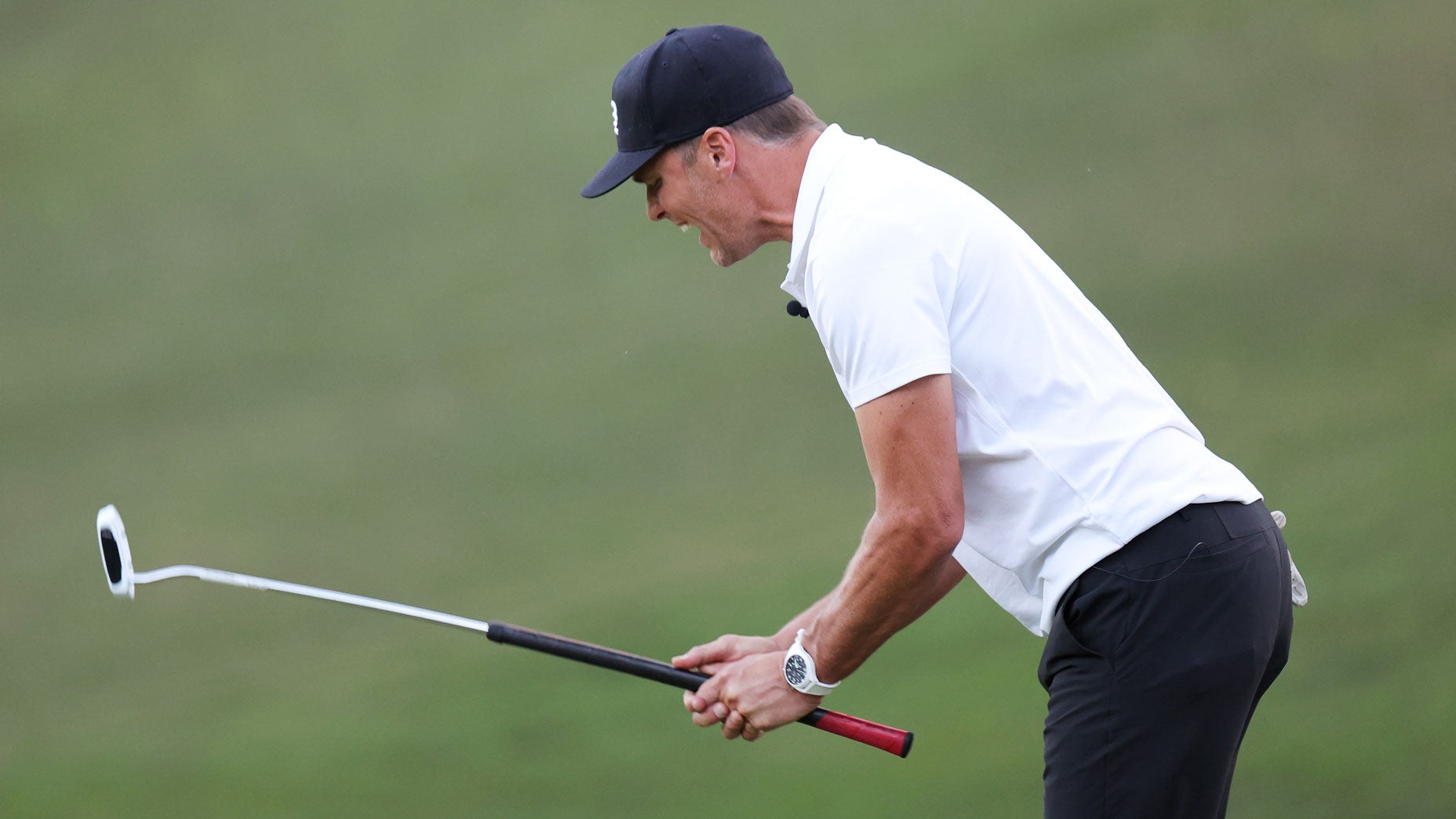 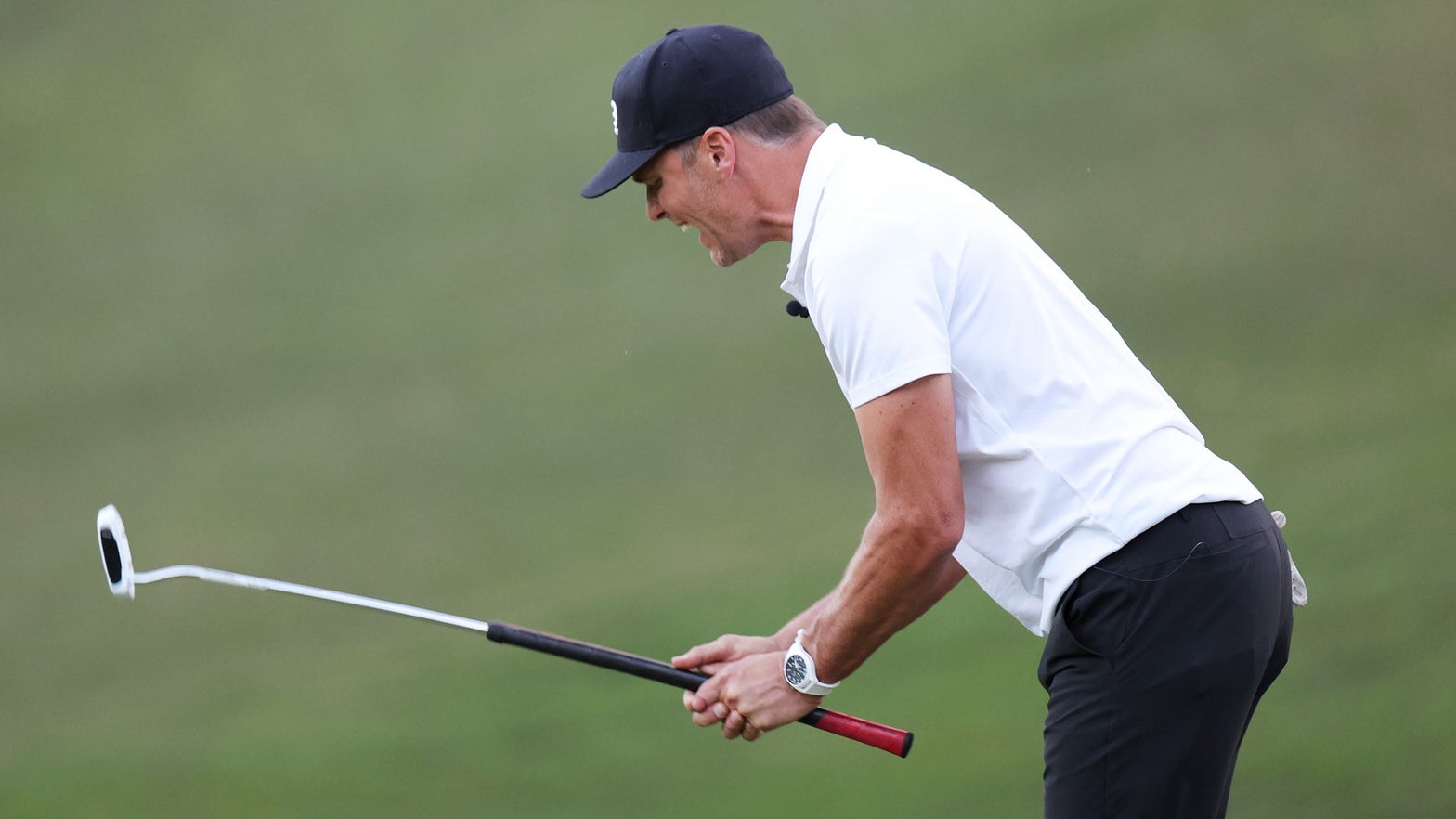 Tom Brady says learning to control his emotions is one of the hardest things about golf.

Emotion: It’s one of the biggest motivators in sports and so often we see players wear their emotions on their sleeves.

Whether it’s Bryce Harper, Lebron James, or Tom Brady, we’ll usually see them going crazy after a big play or reacting with rage on the sideline.

In golf, it’s a bit different, and that’s one of the biggest challenges of the sport for Brady.

“You want to get really hyped up in football and have your emotions that are really kind of a fever pitch,” Brady told GOLF’s Dylan Dethier. “In golf. It’s very different. You just have to — I don’t know how they do it in golf. You know, I would say that hasn’t been — that’s probably the biggest difference is, you know, when you get hyped up in golf, how do you stay calm?”

Since he first came into the spotlight at Michigan, Brady has always been seen as emotional on the football field. It’s a lot harder in golf when the best players, such as Tiger Woods, Dustin Johnson or Patrick Cantlay are so stoic and nearly emotionless on the golf course.

Of course, there are times when a fist pump comes out, or there was Will Zalatoris’ moment at the FedEx St. Jude this summer, but those were more the exception. The best golfers have a sense of keeping their emotions in check, never getting too high or too low, in order to play the best golf.

In football, Brady, a seven-time Super Bowl Champion, more than any other player — or even team — said you can use emotions for your benefit, but there’s no such advantage in golf.

“In football, you can get as emotional and fired up as you want and it’s just going to lead to more speed, more energy, more enthusiasm,” Brady, who plays to an 8.1 handicap index, said. ”In golf, it’s very hard. It’s very different. You know, it gets translated in a very different way.”

We haven’t seen him show the same emotion on the outside during any of his appearances in The Match series, so it appears he’s learning how to translate that emotion to best suit his needs on the golf course. He’s not throwing clubs.

His football career is starting to wind down, although we don’t know for sure if this is his final season. It will be interesting to watch if he starts to feel like he has better control over his emotions on the golf course when he hangs up the cleats for good.

Jack Hirsh is an assistant editor at GOLF. A Pennsylvania native, Jack is 2020 graduate of Penn State University, earning degrees in broadcast journalism and political science. He was captain of his high school golf team and still *tries* to remain competitive in local amateurs. Before joining GOLF, Jack spent two years working at a TV station in Bend, Oregon, primarily as Multimedia Journalist/reporter, but also producing, anchoring and even presenting the weather. He can be reached at jack.hirsh@golf.com.