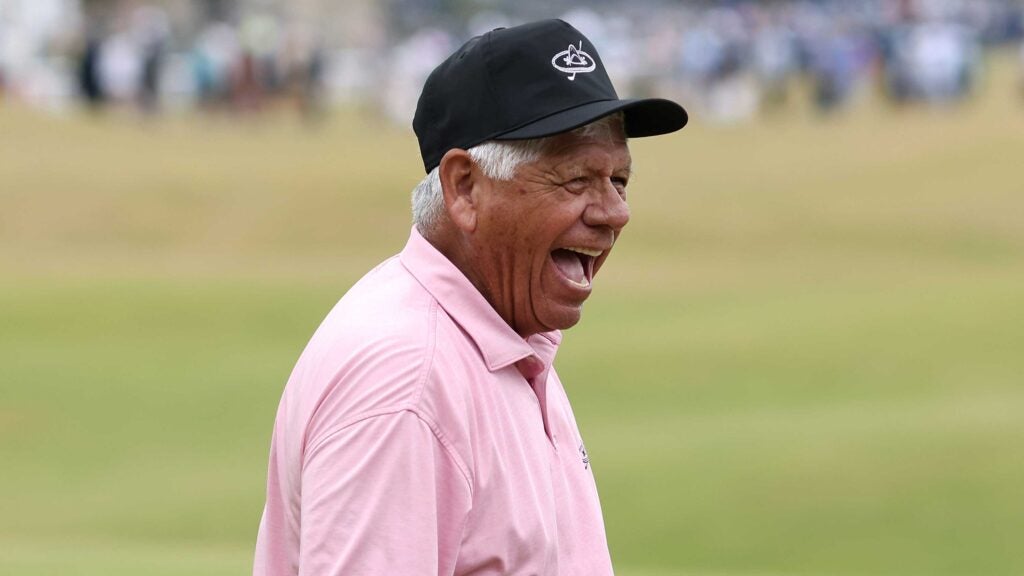 My, how times have changed — with the rise of LIV Golf, yes, but also with the PGA Tour’s own hefty purse and bonus boosts.

It’s a good time to be an elite professional golfer, and don’t think Trevino hasn’t noticed.

“I may not know much, but I know that LIV Golf has made people a heck of a lot of money,” he said Wednesday at a Lone Star Legends luncheon at the Texas Sports Hall of Fame, where he is enshrined.

“I look at my friend Pat Perez who made $8 million this year and I think, I came along too early [in my career]. Not only the people who made money from LIV golf, but the $20 million dollars they will be playing for on the PGA Tour — everybody has made more money.”

Perez has become the posterchild for LIV’s largesse: Without a single top-15 finish in only eight starts this season on the upstart tour, Perez still banked a cool $8 million.

Trevino said it’s gratifying to see LIV players like Harold Varner, who came from a humble upbringing like Trevino did, cashing in on lifetimes of hard work. “I think that’s wonderful. I do,” Trevino said. “I can’t answer what would have happened if I had that. I don’t know.

“I devoted my entire life to the game, day and night. I still hit balls daily or practice 1,000 putts on my carpet at home, still play some. I had nothing else to fall back on.”

Earlier this year, on golf instructor Michael Breed’s SiriusXM show, Trevino cast doubt on the long-term prospects of LIV Golf and the players it would or would not attract. “I don’t think it’ll last,” he told Breed. “Eventually the sails, I think, are going to break on that ship.” But with LIV’s debut season now in the books, Trevino is more bullish on its viability.

“This LIV thing is the same thing that we did when we broke from the PGA [of America] in 1969,” Trevino said, referring to the movement by a small group of top players — Jack Nicklaus and Arnold Palmer chief among them — to form the Tournament Players Division, which eventually became the PGA Tour. “I didn’t [go]. I stayed with the PGA, but other players broke away. I don’t think it will affect anything. As long as Europe is [politically and financially] stable and the Saudis [are stable], then this will be fine.”

Unlike Rory McIlroy and others who have said that LIV Golf is pulling apart professional golf, Trevino believes the two tours can coexist.

“I don’t think we’ve lost much,” he said of the PGA Tour’s audience. “I don’t know what the ratings are, but I think we’re fine.”

Less clear is whether there’s a significact fanbase for LIV. The new tour still has no television partner. This season it drew a meager number of eyeballs streaming all of its events on YouTube and its own website. Trevino was not among those tuning in.

“Are you kidding me?” he said. “I’ve still got a flip cell phone. I need help turning on a computer. I don’t know how to do those things. I didn’t watch anything. I’m not going to do that.”