How to watch the KPMG Women’s PGA Championship this week 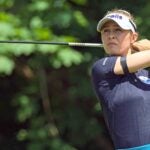 Nelly Korda is defending her title this week in Maryland.

Nineteen of the top 20 players in the world are in the field for this week’s KPMG Women’s PGA Championship, which begins on Thursday at Congressional Country Club in Bethesda, Md.

They are playing for a huge chunk of cash, too, as it was announced on Tuesday that the event’s total purse was doubling from $4.5 million offered last year to $9 million this year.

“To be part of that generation of how much the tour has grown and how much it’s going to continue to grow is really cool to be a part of that,” Lydia Ko said on Wednesday. “Even if it may not be while I’m playing, but to kind of keep seeing this growth and like our founders, they made the tour for us. If we can leave the tour a little better than when we found it, I think that’s kind of the founder’s spirit that we all try and have on our back while we’re playing.”

Here’s how you can watch all the tournament action this week.

You can stream all of the tournament action on the NBC Sports App or a golfchannel.com.