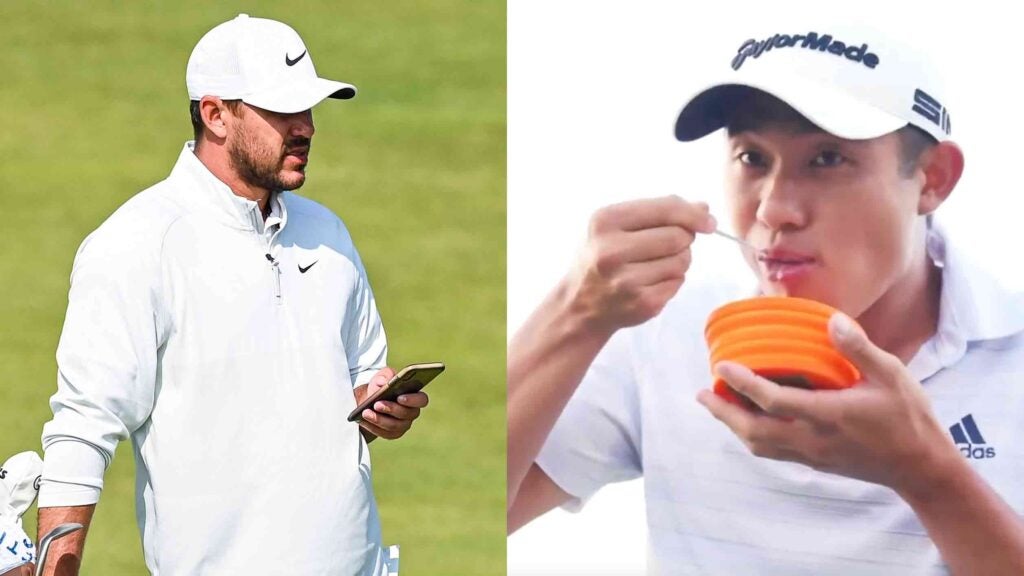 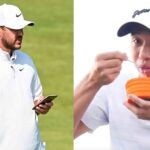 Brooks Koepka and Collin Morikawa had a big week.

I just returned from the U.S. Open, which was probably the best week of my golf life. With the exception of not recognizing Justin Leonard at the very place he helped secure the 1999 U.S. Ryder Cup victory, I’d say it was a successful week!

I ate some great food (read: ice cream), got to hang out with my awesome co-workers, met some players, some caddies, some fellow media members and even some parents of players (hi, Gerry McIlroy!). I had an absolute blast and I am sad it’s over.

Here are some of the best things I saw on site and on social media last week.

Father’s Day at the U.S. Open

I bought my dad a t-shirt from Brookline to give to him for Father’s Day, a gift I was pretty proud of until I realized that Matt Fitzpatrick brought home the U.S. Open trophy for the holiday.

The lesson here is not to compare yourself to the pros, on or off the course. But congrats to Fitzpatrick on the win, and congrats to his dad on the most memorable Father’s Day of all time.

Jordan Spieth is pretty private when it comes to what he shares on social media. At this point, I’m used to only seeing sponsored Under Armour and AT&T posts on his page, but he gave us a rare glimpse of his son, Sammy, on Sunday at the U.S. Open.

Was it still a brand post to show off his cool bag? Maybe! But I’ll take what I can get, and this photo is adorable.

Next up we have one of LIV Golf’s newest members, Brooks Koepka. It’s important to note that by the time I hit “publish” on this write up, Koepka joining LIV may be old news due to the rate at which these guys are committing. Either way, he shared a great image from his wedding. It’s been a busy few weeks for the Koepka family!

I never realized just how many requests players get from fans until last week. Cute kids scream for autographs, awkward teenagers want selfies and some adults even get in the mix. While McIlroy was signing autographs on Wednesday morning, one guy would not stop pestering the World No. 2. He was begging McIlroy to attend his wedding over the weekend. Eventually it got a little awkward, to the point where McIlroy probably felt like he had to acknowledge the invite.

And he did so in a hilarious way.

McIlroy handled it perfectly, and he wasn’t the only one who got bizarre requests at Brookline. Back in my day, we waited patiently for autographs from the pros! Now, people scream at them, asking for clubs, gloves, balls, towels and photos. I know, I know, these guys make a lot of money, but it still seems like a lot to put up with.

To the surprise of absolutely no one, Max Homa’s social media game was in major form last week. It started when tee times were announced.

Something I learned last week is that security checks your credentials very closely at the U.S. Open. I’m not sure if it’s the same for players, but I don’t think Max Homa was willing to take any chances. Shout out to the USGA for getting him this mega-credential.

U.S. Open MVPs (according to me)

Joel Dahmen and his caddie, Geno Bonnalie, weren’t too optimistic about their chances at the PGA Championship last month. Morale was a little higher heading into the U.S. Open.

If you aren’t following these two on Twitter, you are missing out. Bonnalie is hilarious, as he documents the not-so-glamourous parts of looping out on Tour — for example, staying in a Boston College dorm during a major championship.

Anyway, Dahmen and Bonnalie were down for some GOLF.com interviews throughout the week, and we had a blast chatting with them. It’s increasingly difficult not to root for these guys. They’re awesome.

And finally, we have my absolute favorite segment of this week’s Rogers Report. There’s a current trend on TikTok where people share texts they’ve gotten from their significant other, and Jena Sims got in on the fun last week, showing us some texts from her four-time major champ husband.

LIV this! LIV that! It’s all players are being asked about, and Collin Morikawa is sick of the rumors. He took to Twitter on Tuesday morning to clear things up.

Boom! For those who don’t know, Morikawa made headlines last year (not really) for sharing that he pours cereal into his milk, not milk into his cereal. Very disturbing stuff. And Justin Thomas and Max Homa couldn’t help but have some fun with the tweet.

There’s a lot of drama in the golf world right now, but at least we get Collin Morikawa being more active on Twitter because of it.