Former Ryder Cupper, months after being cleared of charges, on verge of win 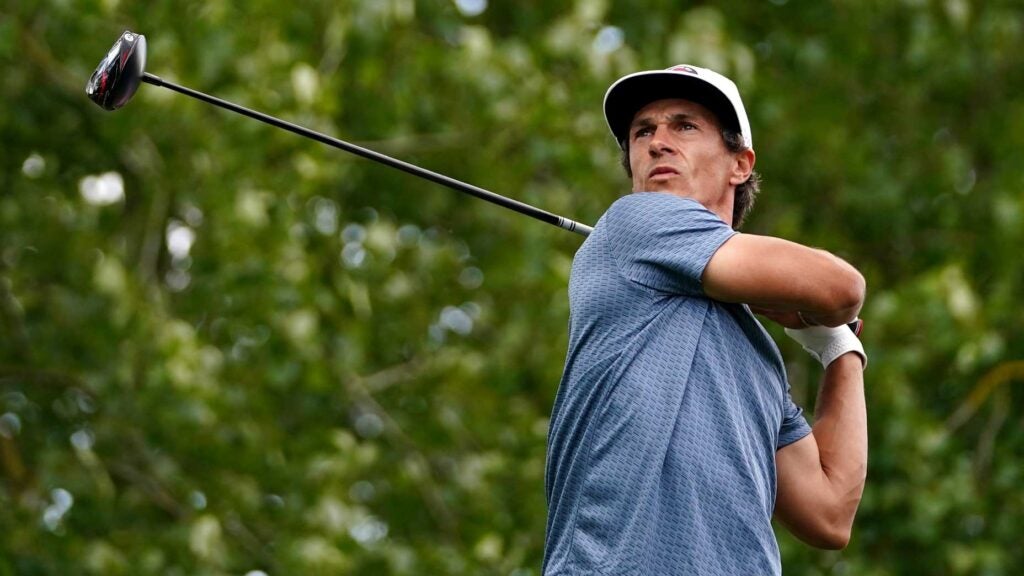 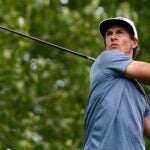 Thorbjorn Olesen hits his tee shot on Saturday on the 15th hole at the Belfry.

Thorbjorn Olesen, five months after being cleared of sexual assault charges, is on the verge of his first victory in four years.

The 32-year-old Dane, a member of the winning 2018 European Ryder Cup team, followed rounds of 66 and 70 at the Belfry in England with a 69 on Saturday, and he leads by three heading into Sunday’s final round of the DP World Tour’s British Masters. A win would be Olesen’s first since the Italian Open in February of 2018, and sixth overall on the formerly named European Tour.

A victory would also be Olesen’s first since he was cleared in December of sexually assaulting a woman on a flight to London after the World Golf Championships-FedEx St. Jude Invitational in 2019. A month after the incident, he was suspended by the Tour, but was reinstated last July after a delay in court proceedings.

During the trial, Olesen said he had no memory of the incident after drinking alcohol and taking sleeping tablets. At the time, he was ranked 62nd in the world; entering this week, Olesen was 376th.

“I want to apologize wholeheartedly to everyone on board the flight from [Nashville] to London on July 29th 2019, who was affected by my behavior,” Olesen said in a statement after the trial. “I do not remember anything that happened after take-off, but I am embarrassed and ashamed by the account of my actions that was outlined during the trial.

“My behavior was completely out of character, and nothing like this has ever happened to me before or since. My actions resulted from taking powerful sleeping pills I had not taken before, and my sole intent was to ensure I managed to sleep on a transatlantic flight after an exhausting playing schedule.

“I have paid a very heavy price for my mistake. This case has had a devastating impact on me personally, on my family, and on my career.”

On Saturday, Olesen was even-par through 16 holes, then eagled the 17th, after hitting his second shot to 2 feet, and birdied the 18th. He’ll enter Sunday three strokes ahead of Hurly Long and Marcus Armitage.

“I’m going to be nervous,” Olesen told Golf Digest. “It’s been a long time since I’ve been in this position. I know how hard it is to win out here. I’m sure guys are going to come after me tomorrow. I just have to stay aggressive like I was today. I feel like I have plenty of experience. I’ve been out here for a long time. I’ve been close a lot of times and haven’t won.

“So today was still a learning experience. I haven’t felt nervous like this for a while. But I’ve always enjoyed that feeling when I get into contention.”