They pledged to get to scratch. Five years later, what have they learned? 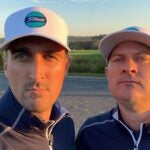 “It’s definitely harder than we thought,” Mike says of their goal to get to scratch.

Welcome to our new series, golfer-to-golfer, where we try to learn from all different kinds of avid players out there, in hopes that the rest of us can take away something that might improve our own games.

The Chasing Scratch podcast starts with a delicious premise: Two best friends staring down the barrel of 40 years old, with 11 handicaps and kids, wives, jobs, lives.

The hosts, Mike and Eli, are living the prototypical American Dad Life dream. But they also had dreams of getting to a scratch handicap in a year — without sacrificing the rest of their lives.

If you haven’t listened to the podcast, I’d highly recommend that you do. Spoiler alert: Their goal of getting to a scratch in one year doesn’t happen. Into their fifth season, they’re currently both hovering around a three handicap. They’re still dead set on getting to scratch, but they also want to improve in their “major” competitions they have with one another, and track their statistics to improve specific areas of their game.

As a longtime fan of the show, which has just started its fifth season, I decided to give hosts Mike and Eli a call to check in.

This Q and A has been lightly edited for clarity and brevity.

All of our market picks are independently selected and curated by the editorial team. If you buy a linked product, GOLF.COM may earn a fee. Pricing may vary. 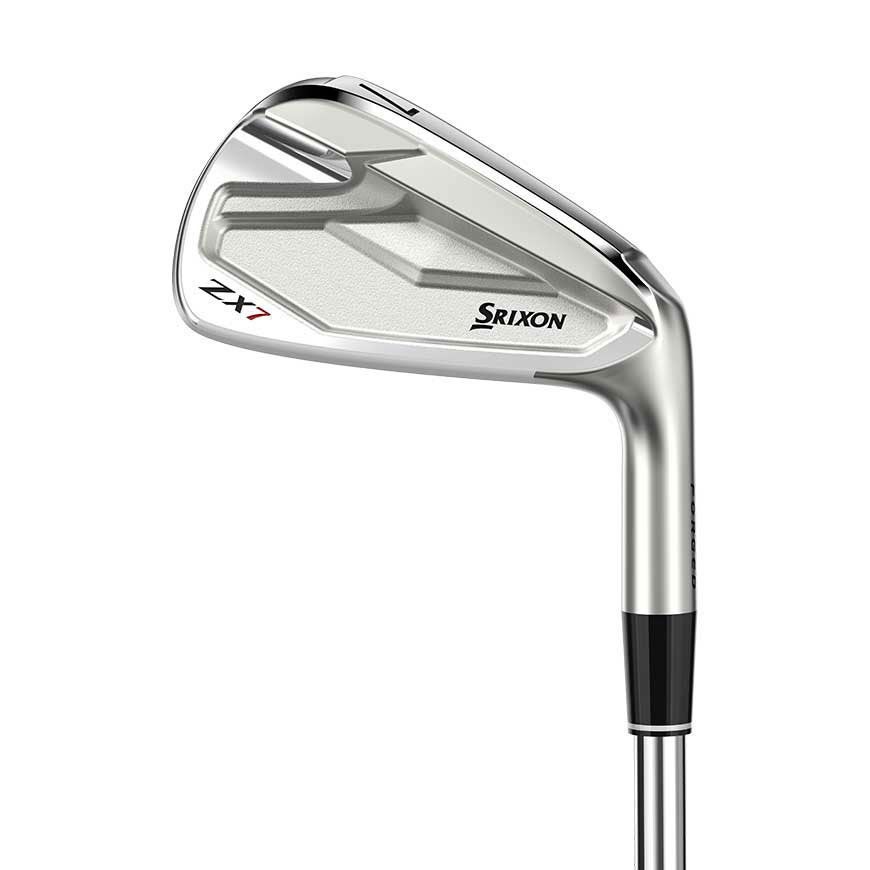 A compact blade shape, narrow topline, single-piece forging, and narrow sole give ZX7 the workability, feel, and aesthetics of a world-class players iron.

Luke Kerr-Dineen: For those out there who may not have heard the show, how did this idea start, and five years later, what’s the updated feeling on it?

Mike: Eli and I met in college, and golf became our thing. We started playing a lot and once we got out of college, started taking multiple golf trips a year, and we’d just get tired of sucking on those golf trips. We’d be so excited, then we’d get out there and start changing our swings. It got really bad during one golf trip in August of 2017, when we just asked ourselves: How can we go on a golf trip and actually have fun playing golf? We were 11 handicaps, we just thought, ‘What if we were to get to scratch?’

Eli: As far as the podcast, we thought we wanted to do one, so we recorded everything; all of our conversations. But we weren’t sure if it was actually going to be any good. We had no expectations about whether anybody would care. We thought at worst, it’d be something fun we could use to hype up our annual golf trips with our buddies.

LKD: The show’s obviously evolved since your first season. Curious how you feel about the different journey you guys have taken in trying to get to scratch?

Mike: It’s definitely harder than we thought. I’ve heard other people say this too, ‘That if I just had the time, I know I could get to a certain level.’ Like it’s unlimited if you just put in time. But if you’d have told us at the start that not only will you not get to scratch, but you’ll be four-and-a-half years in and you will not have shot even par yet. That’s depressing. It hurts me to say that right now, to be honest with you. But that’s because the biggest thing is we’ve had to learn certain lessons along the way, and we’ve been horribly slow in learning those lessons.

LKD: I’m glad you brought that up, because I was going to ask you: What are some of those lessons, and your advice to golfers who may harbor similar aspirations of getting to scratch in a hurry?

Mike: What we’re really trying to put into play this year is the old adage of not playing golf swing, but playing golf, and really trusting what you have that day. It took us way too long to learn that. I would also say, from an advice standpoint, we would not be anywhere without professional advice. When we’ve tried to do stuff on our own with our golf swing and not consulted a PGA professional, it’s been good content because it’s been an absolute train wreck for our golf swings and handicaps. Eli, what would you say?

Eli: Swing vanity, swing vanity, swing vanity. Mike and I are the poster children for having 5,000 conversations a day based on whatever we saw happen on the PGA Tour that week, and saying, ‘We’re going to have completely new swings by Monday,’ rather than swinging our own swings. I’d also say, trying to find the right advice is really important. We’ve talked a little bit about this, but the right advice at the wrong time is the wrong advice.

LKD: And how have you found the right advice at the right time?

Eli: There are so many coaches out there and they will forget more than I will ever know about the golf swing. If you need help, have somebody professionally look at your swing, who knows the right timing and builds certain things into your swing that is best for you. As Mike said, if we didn’t have help, we’d have no shot. I’m amazed just how little we knew about the golf swing four years ago compared to now.

LKD: It seems like the start of this season, you guys were singing a different tune, that you were moving away from being really technical, and more on playing golf. What led to this new outlook?

Mike: A lot of failure. I think we’re hardheaded. We talked with a guy named Adam Young in the second season who told us: ‘You guys are chasing shiny objects. If you guys continue to try to perfect the swing, you’ll get nowhere.’ That stuck with us. It wasn’t until the last few weeks of the season last year, where I got what it was like to only have one swing thought to go to, and if you’re not playing well that day, making a small adjustment that will help you play with what you got that day and shoot a score. In the past, if we weren’t hitting the driver well after three holes, we’d go to a different swing or start trying to do this technical thing with my elbow. It wouldn’t go well.

Eli: I think seeing my swing on video and worrying about how it looks has prolonged that realization for me. When we’d do these majors and people would buy tickets to come watch, I’d wonder what people would think about my golf swing, and whether they’d think it’s believable that I got down to a 3 swinging this way. I’ve gotten over that. Now, I’m going out to play golf, not play golf swing.

LKD: Like the rest of us who don’t have a ton of time to practice, how have your practice habits changed over your years doing this?

Eli: If you went back and looked at season one, our approach to the driving range would’ve been the most disorganized thing. We’d go out to the range and it was like, ‘I need to work on hitting shots from 125 yards,’ and then we’d hit two or three and it was like, ‘Those are pretty good shots. You know what I think I need to do? I think I need to hammer driver now.’ And when I’d do that, I wouldn’t even pick a target. I’d just see if the contact feels good. We just had no practice plan at all. Apps like the Golf Metrics app have really helped me see where I’m gaining and losing strokes. I can see, no questions asked, this is where I’m letting strokes get away. So If I’m going to hit 40 balls that day, they’re all going to be in this one area.

Mike: Like Eli said, to practice with a purpose. I’d also ask, what is your willingness to look stupid in front of people on a range? I think that that held us back up until last year. We would go out there trying to work on something, but worried about what other people would think. I’d hit three shanks trying to work on this move that my pro gave me, and I’d worry about looking dumb in front of other people on the range. That vanity cost me.

LKD: So before I let you go, what’s something you’re working on now, ahead of the season?

Mike: I would also say that not thinking we’re better than the basics is a huge thing for us. I often thought I didn’t need to put an alignment stick down on the range, then we got to last year and we checked our alignment together and saw how bad it was. We basically did not know how to aim at all.

Eli: Alignment really is a big thing. I was amazed at how much we sabotaged ourselves before we even drew the club back. I was dealing with a hard pull, and found out I was lined up right. It’s amazing how athletic your body can be, that it’ll just start pulling the ball left of your target. So aligning yourself properly to your target, and also we’re learning how to play with just a little bit of pressure. It sounds stupid, but I did not know how to do that and how to manage nerves. And I think that’s killed us. That’s killed us on rounds when we should have been under par. Worrying less about how my swing looks and instead thinking through the shot, playing with what we have, and learning how to handle the nerves.