Will Tiger Woods play the PGA Championship? He’s now officially in the field 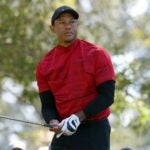 Tiger Woods is in the field for the year’s second major championship.

The PGA of America released the official field list for the 2022 PGA Championship at Southern Hills Country Club in Tulsa, Okla., on Monday, and Tiger Woods was listed among the entrants.

So, what does that mean?

Woods hasn’t made any announcements regarding his intentions, but his presence on the field list at least indicates that playing is a possibility. Like the Masters, it will likely be a game-time decision.

Woods’ inclusion does come as a bit of a surprise, though, since he seemed lukewarm about the idea of playing in Tulsa in the wake of his final-round 78 at Augusta National.

“I won’t play a full schedule ever again, it’ll be just the big events… I don’t know if I’ll play Southern Hills or not,” Woods told SkySports. “But I am looking forward to St. Andrews.”

He continued, “That’s something that is near and dear to my heart… it’s my favorite golf course in the world, so I will be there for that one. But anything in between that I don’t know.”

Both Southern Hills and St. Andrews are sites of former glory for Woods, who won the 2007 edition of the PGA Championship in Tulsa, his 13th major title, and the 2000 Open Championship at St. Andrews — the second leg of his “Tiger Slam,” and where he set a tournament record of 19 under par. Woods won again at St. Andrews in 2005.