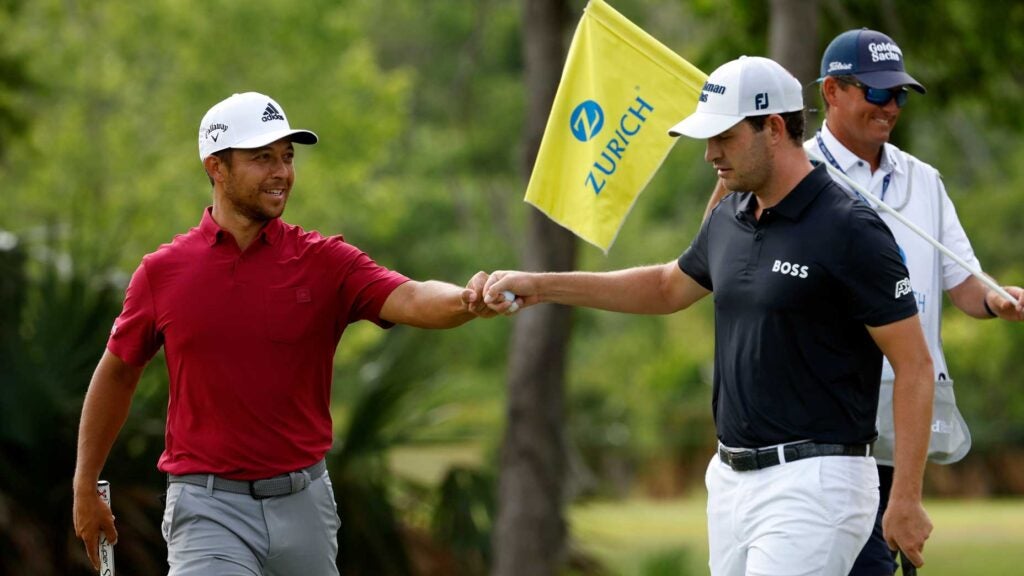 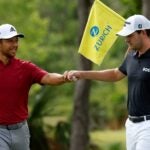 Xander Schauffele and Patrick Cantlay are on a roll at the 2022 Zurich Classic.

When the Zurich Classic switched to a team event back in 2017, it wouldn’t have been surprising if the tournament struggled to attract star players in the field. But on Saturday at TPC Louisiana, many of golf’s biggest names duked it out in a barrage of birdies everyone could enjoy.

By day’s end, the leaders were the same as when the round started: World No. 12 Xander Schauffele and World No. 4 Patrick Cantlay.
The pair had sterling individual resumes coming into the event. Schauffele won the Olympic gold medal and cemented himself among the elite young players in the game in 2021. Cantlay won a little trophy called PGA Tour Player of the Year and many millions with his first FedEx Cup title.

But the fearsome duo have a fearsome resume together as well. Last fall at the Ryder Cup at Whistling Straits, Schauffele and Cantlay teamed up to go 2-0 together, playing a big part in the U.S. team’s victory, which they hope will be the first of many wearing the stars and stripes.

Back in New Orleans, the American stars smartly decided to put their talents together. As a result, they’ve excelled in both formats, shooting a 59 in four ball on Thursday and an impressive 68 in alternate shot on Friday.

On Saturday, however, they got off to somewhat of a slow start, at least by the standard they set in Round 1. But an eagle by Cantlay at the par-5 7th got them going, moving them to four under on the day.

They really got to business on the back nine.

The sterling round leaves Schauffele and Cantlay at a record 29 under for the tournament, five strokes ahead of Garrick Higgo and Branden Grace in second.

But plenty of other stars are lurking close behind on the leaderboard. Jason Day and fellow Australian Jason Scrivener are T3 at 23 under and Bubba Watson and Harold Varner III are at 19 under.

Masters champion Scottie Scheffler and partner Ryan Palmer, who won the 2019 Zurich, find themselves with an outside shot at victory at 17 under. Should they pull it off, it would be Scheffler’s third in a row. They’re tied with the defending champions this week, Cameron Smith and Marc Leishman.

But with another round of alternate shot awaiting the field on Sunday, it might take a miracle to knock Schauffele and Cantlay off their perch.