Phil Mickelson will not play in Masters, Augusta National says 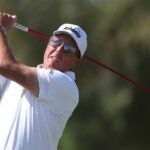 Phil Mickelson in early February at the Saudi International.

Phil Mickelson will not play in this year’s Masters.

The embattled three-time winner of the event, and six-time major winner overall, notified the club of his decision to withdraw, Augusta National confirmed to GOLF.com on Monday. As first reported by the Morning Read’s Bob Harig, Mickelson was listed on the Masters website on Monday under the “past champions not playing” for the tournament.

Mickelson has not played since the Saudi International during the first week of February. A few weeks later, he put out a statement on his social media channels, saying he would be “taking some time away” following controversial comments on the new, Saudi Arabia-funded golf league.

“Although it doesn’t look this way now given my recent comments, my actions throughout this process have always been with the best interest of golf, my peers, sponsors, and fans,” Mickelson wrote. “There is the problem of off record comments being shared out of context and without my consent, but the bigger issue is that I used words I sincerely regret that do not reflect my true feelings or intentions. It was reckless, I offended people, and I am deeply sorry for my choice of words. I’m beyond disappointed and will make every effort to self-reflect and learn from this.”

The comments Mickelson was referring to came in an excerpt for a forthcoming biography by Alan Shipnuck, published Feb. 17 on firepitcollective.com. (Shipnuck has disputed Mickelson’s characterization of their conversation.)

The excerpt detailed Mickelson’s involvement with LIV Golf, the new company headed by Greg Norman that is expected to launch the new golf tour this year and is backed by the Public Investment Fund of the Saudi Arabia government. Mickelson called his new partners “scary motherf———s,” and he also insisted that PGA Tour media rights should be redistributed more equitably to Tour members.

“I have made a lot of mistakes in my life and many have been shared with the public,” Mickelson wrote in his statement. “My intent was never to hurt anyone and I’m so sorry to the people I have negatively impacted. This has always been about supporting the players and the game and I appreciate all the people who have given me the benefit of the doubt.

“Despite my belief that some changes have already been made within the overall discourse, I know I need to be accountable. For the past 31 years I have lived a very public life and I have strived to live up to my own expectations, be the role model the fans deserve, and be someone that inspires others. I’ve worked to compete at the highest level, be available to media, represent my sponsors with integrity, engage with volunteers and sign every autograph for my incredible fans. I have experienced many successful and rewarding moments that I will always cherish, but I have often failed myself and others too. The past 10 years I have felt the pressure and stress slowly affecting me at a deeper level. I know I have not been my best and desperately need some time away to prioritize the ones I love most and work on being the man I want to be.”

This year’s Masters will be played April 7-10. Mickelson has played in every Masters since 1995.