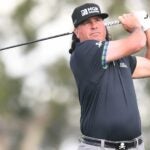 Pat Perez asked for the Cliffs Notes. His eventual answers, on the other hand, were anything but short and sweet.

Playing the Genesis Invitational on Thursday, the longtime pro had not heard the other golf news of the day, but wanted to be briefed on the latest nugget in one of golf’s biggest stories — the proposed breakaway golf league backed by Saudi Arabian money. In a story on the Fire Pit Collective website, Alan Shipnuck wrote of a phone conversation that he had had with Phil Mickelson in which the six-time major champ described himself as a key architect in the league — and added that he hoped the plan would generate leverage in future negotiations with the PGA Tour.

Perez’s thoughts? In an epic post-round press conference, the colorful, never-shy pro talked Mickelson. And the proposed league. And where the Tour money goes. And Tiger Woods. And his own career. Over five answers and 2,322 words (at least according to the Tee Scripts transcription service).

Let’s begin. Question one: Was Perez comfortable with Mickelson “speaking out?” “And it seems like he’s speaking for a lot of players,” the reporter added.

“I asked the question this morning to another player — why didn’t he play Phoenix [last week’s event], and why is he not playing here,” Perez began. “He’s never missed these. I’m surprised he didn’t play.

“I think the way Tiger’s approaching it is phenomenal. [Woods has said he’s sticking with the Tour.] I think he understands where he made all his money. I think these young kids, I think that’s great that they’re backing Tiger. But Tiger, Tiger’s our guy. Tiger and I are three months apart. I idolized him my whole life even though we’re the same age. What he says is pretty much gold. You know, I would follow his lead more than anything. If he doesn’t want to do it, Rory [McIlroy] doesn’t want to do it, and if you don’t have the top kids doing it, I just don’t know how much water it’s going to hold anyway. I don’t know how long it’s going to take.

“What I don’t understand about the whole thing, I don’t even know how many people have signed or not signed; I haven’t heard anything about it. I haven’t been approached so it doesn’t really matter to me either way. I’m in line with the PGA Tour because that’s all I have, that’s all I have.

“For me to make roughly $40 million total with everything of a guy that got kicked out of college, that whole thing, and was supposed to be a garbage man really. For me, yeah, I’ve earned every penny of it because we have to do it all the time. Like everybody else, they’ve earned every penny that they have.

“So I see kind of the gripe of the top players, maybe they should get more from the TV contracts or from whatever. I can see that, I can see it. I don’t really know enough on both sides because, like I said, I haven’t been approached, I don’t know what’s transpiring between the two, between the Saudi group and the top players. I’m just kind of hearing hearsay.

“I’ve talked to some players about it and some are either like, well, you know, I would think about it if it was enough, we don’t know how long it it’s going to be.

“The biggest question is there’s no guarantee with that tour. The PGA Tour’s going to be around a long time. If 60 guys leave, there’s going to be 60 more guys that come up and fill those spots. There’s a line from here to Florida of guys who want to play on the PGA Tour, so it’s not a lack of players.”

It was at this point where Perez began talking about PGA Tour money. One of the proposed selling points of the Saudi League is guaranteed money, which Tour players do not receive.

“You know, the PGA Tour’s been great,” Perez said. “Could they probably, you know, throw some more our way? Maybe. Yeah, not maybe, but the top players, if I was a top player, I would want a little more. The TV contract’s massive.

“I still think, I’ve said it forever, why are we out money every week? If I’m one of the 125, which I have been for 20 years, why am I not starting out with some money? Why do we not get 250 grand out of the gates?

“I’m all for charity, I do a lot for charity, I help out people all the time, but you know, like last week, I mean, how is that purse not $40 million? You tell me they didn’t make enough money? And I’ve got to go through all that for two days and leave with nothing? That’s kind of unfair really.

“You know, when the guys in baseball or basketball, these guys get worn out, they’re making 300 grand that night. I mean, that’s nice.”

Later in the interview, a reporter asked Perez to expand on the comment of the potential for guaranteed money.

“They’re doing a deal this year, but it’s not — it’s not what we’re talking about,” Perezi said. “Like I said, the charity thing is phenomenal. We give the most away. We give, what, almost $3 billion away, but it takes everybody to be here to do it. You’ve got guys missing cuts.

“I’m all for that,” Perez said. “If Phil is speaking on behalf of the Tour to make the Tour better and maybe bring in more money, I’m behind him on that. I think that’s what everybody wants.

“It’s kind of a joke, but like I said, the PIP program’s kind of a joke. Give Tiger the 40 and say we owe you another zero. They owe Tiger $400, $500 million easily. There should be no program. Here you go, here’s 50, thanks for being incredible, here’s the money we owe you because you brought in hundreds of millions of dollars to us.

“Guys like me, to be able to make, you know, a couple million dollars a year is unbelievable, and it’s only because of him. It’s only because of him, you know. So like I said, I’m in line with Tiger. But if Phil is pushing for more money towards our tour and fighting for it, that’d be great, but he seems to be so on the Saudi side that it’s hard to believe that he’s actually fighting for that.”

While the 45-year-old Perez said he had not received an offer himself, he also would not fault an older player for taking one. And if he did get one?

“You throw me a hundred and I actually get it, I’m gone,” he said. “I would take it. Why wouldn’t you? Adam Scott, he’s not going to play 30 events anymore. He’s got three young kids. Throw him $75 million, only got to play four more years, why wouldn’t he? He’s got nothing to prove.

“Justin Rose. Phil’s got less than nothing to prove. I mean, that guy’s done everything. So you start throwing around those kind of numbers. It’s not like we’re talking about $2 million. Phil’s made $50-plus million for 20 years now. If he doesn’t have to play as much out here and he can run a tour and be part of something like that and he thinks he’s going to make $150, $200 million, why the hell wouldn’t you? Of course you want to do that, that’s real money, that’s big time action, you know.

“I see where Phil is, I see where these other guys are, but I really think you’re going to need some of the younger guys to do it.”

At the end of the press conference, Perez was asked if he thought guaranteed money would affect play. He never answered it.

“Our purses are going up. Jay Monahan’s done a phenomenal job getting our purses to go up. We’ve got $12 million events now, $20 million events, and they’re only going to keep climbing. I heard in five years the FedExCup winner is going to win $52 million. That’s pretty awesome, and as he should, as he should.

“What I do know is that this tournament’s going to be here next year, and every tournament we play in is awesome, and that’s what I do know. And I’m thankful that I have this job that I can do this week in and week out. You know, I would never say anything bad about the Tour because I’ve had an unbelievable life doing it, and I still have the Champ Tour to think about it. I’m exempt on the Champions Tour for as long as I want to play. That’s an unbelievable type of retirement thing on top of the retirement package that we have already.

“I’ve got no reason to bitch about anything. I’m kind of one of those lucky guys that I think I see it the right way.”