Stories of 2021: Tiger Woods’ turbulent year had an inspiring ending 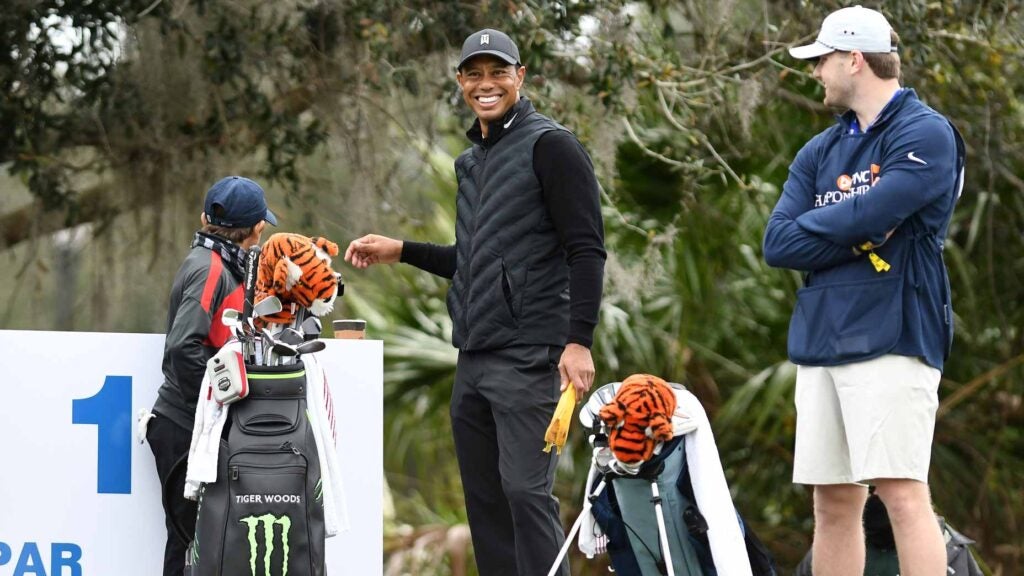 Woods was in a near-fatal car crash in February, but the golf world reveled in his return, with his son, at the PNC Championship.

Woods was in a near-fatal car crash in February, but the golf world reveled in his return, with his son, at the PNC Championship.

What stories dominated 2021? We’ll turn back the clock (and then look ahead) at five of the biggest talkers of the year.

ICYMI…
Stories of 2021: Pro golf is at an inflection point. But what’s next?

Through triumph and tumult, Tiger Woods’ career has been a textbook filled with lessons in perspective. But none hit harder than the news out of Southern California, on the morning of Feb. 23 this year.

This was not back surgery, or tabloid scandal, or a comeback run to another major. This was a more elemental moment: a once-in-a-lifetime golfer in a brush with death.

Unlike his prior headline-making mishaps at the wheel — one a run-in with a hydrant, the other a mugshot-yielding DUI — the terrifying crash, on a curvy road near Rancho Palo Verdes, brought no mockery from pundits, no media scorn. Only words of sympathy and respect.

“You think guys like Tiger and Kobe Bryant are untouchable,” added Adam Scott, crystalizing a conclusion that seemed lost on no one. “But they’re not.”

For those seeking answers to lingering questions — What about the blood work? Why no charges? Had law enforcement granted Tiger special treatment? — the sheriff’s accident report left much unanswered. But as Woods returned to Florida to recoup in private, there was largely willingness to let matters lie. Life, and golf, went on.

Four majors. A Ryder Cup. A Brooks and Bryson sideshow. A season passed, and Woods remained conspicuous in his absence, with word of his condition coming second hand through pals like Thomas and Rickie Fowler.

In advance of the Masters, Rory McIlroy paid a visit and reported finding Tiger in “decent spirits.”

“When you hear of these things and you look at the car and you see the crash, it’s like, you think he’s going to be in a hospital bed for six months,” McIlroy said. “But he was actually doing better than that.”

The morsels of info mostly underscored how much he was missed.

And then, in late November, eight months after he’d been plied from the wreckage, an update from the man himself: the first post-crash video of Woods hitting shots.

Though the PNC Championship was all about good feelings, Team Woods also played good golf — 11 consecutive birdies in one stretch, a performance that was catnip for prognosticators. Would he, could he, compete on Tour again? Might he make a go at another Masters? It was understandable, all the future tripping. Woods, as ever, was stirring up excitement.

But really, what he’d given us was cause for reflection.

A cop responding to the accident had been the first to say, and Tiger himself would repeat it later: he was lucky to be alive.

In its fevered response to his return, the golf world showed that it felt lucky, too.