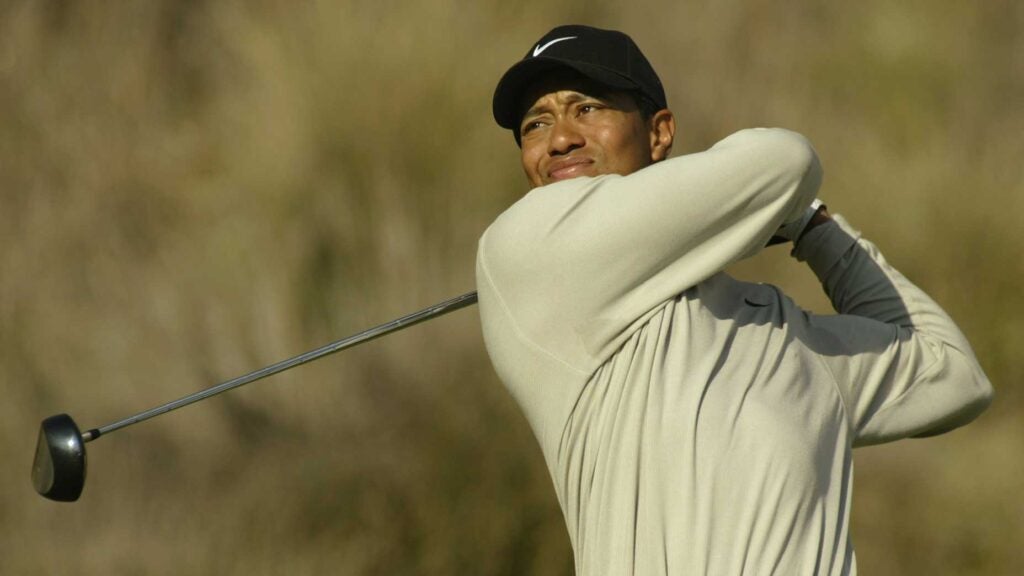 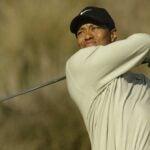 First, oh no. It’s the first day of the 2002 Ryder Cup at the Belfry in England, and Tiger Woods and Paul Azinger are about to play Darren Clarke and Thomas Bjorn in foursomes when Woods visits the clubhouse. We’ll let Lee Westwood take it from there. On this week’s episode of the Off the Hook podcast, he was asked by host Jimmy Bullard about his former caddie, Billy Foster, and we were gifted this gem.

“One of my favorite stories Billy tells is from the Ryder Cup in 2002 at the Belfry,” Westwood said on the podcast. “First morning, you get the first morning nerves, don’t you? So they’re all on the putting green outside the Belfry there. And Billy decides he needs to — he needs to have a number two. So there’s a toilet just inside the door of the clubhouse so off he trots.

“And Darren Clark and Thomas Bjorn, they’re playing Tiger Woods and somebody else, can’t remember who it was [Azigner]. He goes to sit into — there’s two traps, and he goes and sits in trap one, pulls his pants down, looks to the side, there’s no toilet roll. So quickly pulls ’em back up, goes around into trap number two. Next thing, he sat down like that, and he’s wiping his backside, and he hears this ‘tick, tick, tick’ — of spikes — on the tile floor. Now there’s not many people who wear spiked shoes anymore in those days, so he knows who it is. It’s Tiger, isn’t it?

“Tiger’s felt the need to go before [laughs]. So he says, ‘Should I tell him or not? No, I’ll not tell him.’ So he lets him do his business and then look to the side, no toilet roll and let out a little whimper, like, oh no. So Billy says, ‘Shall I leave him?’ So he said to himself, ‘Shall I leave him, or shall I help a man out?’

“So he unrolls a few sheets, puts it under the door like that, and he takes it off him, and he goes, ‘Europe, one up.’”

“Is that what he said?” laughed Bullard, a former professional soccer player. “What a legend! Billy, I love you. Ah, that’s class.”

Oh no for Woods. Oh yes for those who love a good yarn. We’ve heard some colorful stories of the 15-time major winner over the years, and this is one of the better ones. In the end, Woods and Azinger lost the opening-day match, and Europe defeated the U.S.

“He’s got some great stories,” Westwood said of Foster.

To listen to the entire podcast — and it’s well worth a listen — click below.