Lee Westwood explodes for a 14-over 84. But there’s more to it than that. 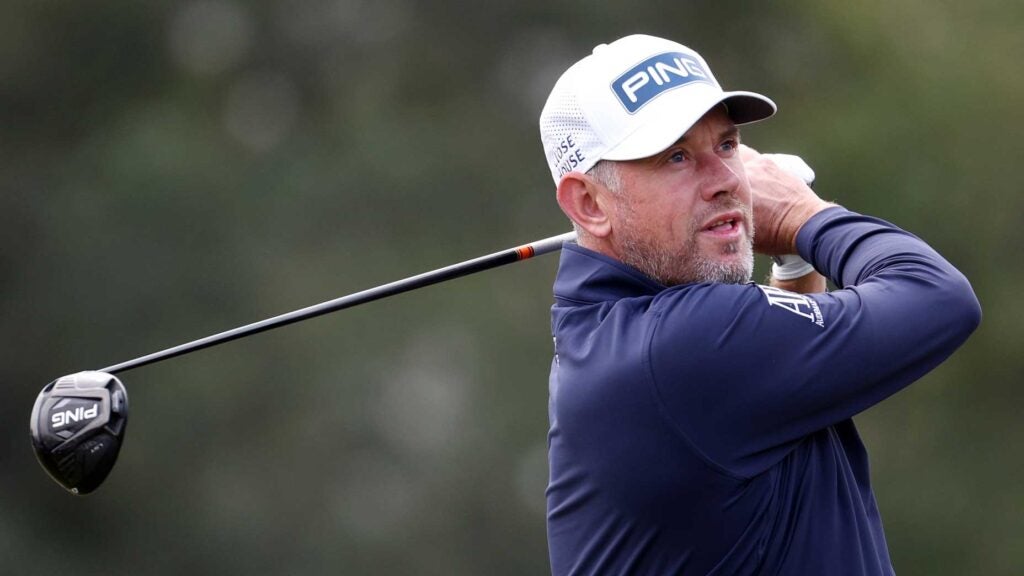 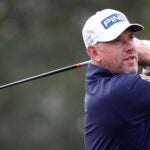 Lee Westwood hits his tee shot on Thursday on the 10th hole at Memorial Park.

Lee Westwood, on the range Tuesday ahead of this week’s Houston Open, took a swing with his driver, then nearly toppled over. So off-balance was his follow-through that he had to take a few steps forward — to which his wife, Helen, recording it all in the background, laughed. But never afraid to poke fun at himself, Westwood posted the video to Twitter, adding an Apollo 13 clip where Tom Hanks said: “Houston, we have a problem.”

Westwood, on the range Thursday, took another swing, and mud splashed into his eyes. If that weren’t bad enough, he had made a fashion faux pas on the rainy morning at Memorial Park — white shoes, white pants and a white hat. “White trousers & hat were a bad idea,” he tweeted.

Teeing off on the back nine during Thursday’s first round, Westwood double-bogeyed the par-4 10th, after hitting into a greenside bunker on his approach shot, then hitting over the green from there. He birdied the 13th, but that was bookended by bogeys on 12 and 14. He bogeyed the 18th for a front-nine 39, before rallying on Memorial’s front nine with four birdies.

Teeing off on the front nine during Friday’s second round, Westwood bogeyed 1. And 4, 5 and 6. He triple-bogeyed the par-5 8th, after being forced to take a penalty after hitting his tee shot to what the PGA Tour’s website could only describe as “unknown.” He double-bogeyed the par-3 9th, after again hitting into a greenside bunker, then hitting across the green. He tacked on bogeys on 10, 12 and 15 and was a whopping 12-over par after 16 when play was called due to darkness.

At this point, not even a pair of ones on Memorial’s closing par-4s could keep Westwood from making the weekend cut. No one would think twice, either, if Westwood, a Ryder Cup legend and owner of 44 worldwide victories, decided against rising before sunrise on Saturday, warming up, playing two meaningless holes, signing for possibly the worst round of his PGA Tour career, then turning right back around and going home. A few of his fellow pros simply withdrew and moved on.

Westwood bogeyed the 17th and the 18th on Saturday. He signed for a 14-over 84, the worst round of his PGA Tour career. He turned right back around and went home.

Westwood’s talked recently that golf isn’t the be-all and end-all that he once thought it was, and playing two holes on an early Saturday November morning in Houston showed that that wasn’t just press conference rubbish.

“I think when you get to our age, we maybe don’t treat it as seriously as we once did,” Westwood said during the Open Championship. “It’s easy to play golf when you’re a little bit more flippant about it and see it for what it is, getting a small ball in a small hole.”