5 smart bets for the Zozo Championship, according to a professional gambler 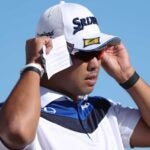 Hideki Matsuyama will play on his home turf this week in Japan.

Erick Lindgren is a star of the professional poker circuit, with more than $10 million in career earnings. But he has proven to be a shark at golf wagering, too. Over a torrid stretch of making PGA Tour picks for GOLF.com last summer and fall, Lindgren picked five outright winners, among other spot-on picks. That sparkling track record inspired us to re-up with Lindgren as our gambling guru for the 2021-22 campaign.

The ground rules are the same as they were last season: Every week we’re giving Lindgren a $1,000 gambling budget (just play money!). In return, he’s giving us — well, you — his five best bets for that week’s event. Here’s Lindgren’s play list for the Zozo Championship, which kicks off Thursday at Accordia Golf Narashino CC, in Chiba, Japan. If you want to get your own wagers in under the wire, mind the time difference! Chiba is 11 hours ahead of EST.

(Looking to place any of these bets yourself? We teamed with BetMGM, and the online sportsbook is offering a “Risk-Free Bet” of up to $1,000.)

As Lindgren sees it, Matsuyama is one of “three class guys” in the field this week, and he’s got the longest odds of the trio. Lindgren likes the number, especially since Hideki is playing at home.

As evidenced by his opening round 61 in Las Vegas two weeks back, the 2019 AT&T Bryson Nelson champ is not afraid of going low. But his long odds mean the payoff would be high.

A big believer in home cooking, Lindgren thinks Hoshino has a chance to feast. As supporting evidence, he points to Hoshino’s strong ball-striking in the Olympics, plus the fact that he was T-7 at the 2019 Zozo before the tournament was stalled by a monsoon.

Sticking with the local theme, Lindgren is going with a steady player whose resume is highlighted by two wins in majors on the Japan Golf Tour. Lindgren also thinks the course favors Kodaira’s style of play, noting: “I like him more when driver means less.”

For Lindgren to win this one, Hoffman will have to beat both Xander Schauffele and Collin Morikawa. That’s the bad news. The good news, Lindgren says, is that “Charley’s irons have been on fire for the last eight months.” All things considered, “I like the price.”

A golf, food and travel writer, Josh Sens has been a GOLF Magazine contributor since 2004 and now contributes across all of GOLF’s platforms. His work has been anthologized in The Best American Sportswriting. He is also the co-author, with Sammy Hagar, of Are We Having Any Fun Yet: the Cooking and Partying Handbook.