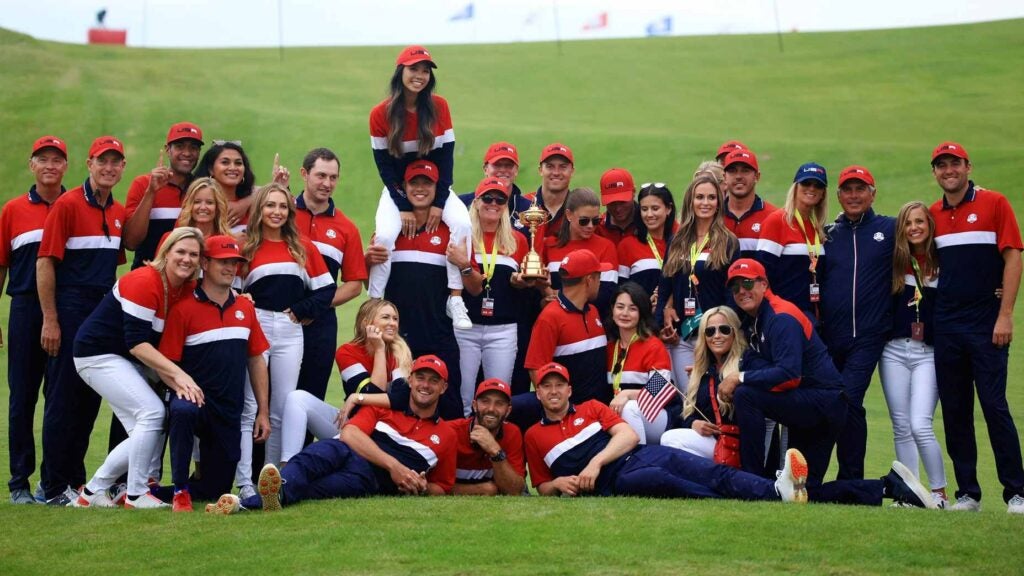 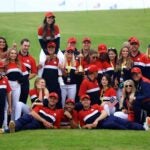 The victorious U.S. Ryder Cup team takes a group photo with their significant others after the win.

The U.S. Ryder Cup team pulled off a dominant victory at Whistling Straits on Sunday, bringing the Ryder Cup home for only the third time since 2002. One major and very apparent change from past U.S. teams was the genuine chemistry this squad showed throughout the week.

Whether it was on the course during the tense matches, in post-round interviews, during their raucous winning celebrations or, most notably, during their free-wheeling team press conference Sunday night, it seemed clear that these players actually liked each other.

It’s a crucial area of the biennial event that’s never a problem for European teams, but one U.S. Ryder Cup squads have sometimes struggled with. But from Dustin Johnson and Collin Morikawa, to Brooks Koepka and Bryson DeChambeau, this team bonded well, which showed in the results.

Within minutes of the final putt dropping, the positive energy spilled over into social media, where the winning Americans enthusiastically expressed their joy over winning and for being a part of the team in a lovefest usually found only among the European Ryder Cuppers.

Here’s some of the best reactions the U.S. Ryder Cuppers posted to Twitter and Instagram in the moment Sunday night and on Monday morning, along with others from American pros who didn’t play on the team.